The New Year's life overhauling impulse came a few months late this year. It's scattered across several areas, which seems to be a recipe for failure, so to what end, really? But, I suppose it comes down to the establishment of better daily life habits which would, if embraced, coalesce into a new brass penny of a life, with more creativity, more respite, more fitness, and connection. Write your checklists, start your engines: Go!

The last few nights, I have, indeed, managed to get to bed early. Sad that sleep does not automatically follow. I used to sleep easily, nap at the drop of a hat: book tented and fallen askew, sofa warm, the surprise of evening in a moment. No. Yesterday I would get up and write for a good solid hour before work, and arrive at the office already feeling accomplished! Woo, yay me! Or rather, the radio came on at 6 AM, and I hit snooze on my phone for two hours (no trouble sleeping after a snooze alarm, nope, rarely-if-ever).

The snoozefest was richly spent, bouncing between a dream narrative where a stranger took over my life by stealing my cell phone at a bar (13 of his henchman later arrived at my family's house over Christmas, and sat silently in whatever room my family members were in; somehow, their clogging presence announced that life, as I knew it, was over); a helpful sub-dream convinced me I was, in actuality, already awake and busily writing a blog post! (so no worries, good job!); NPR's reporting of the tragic mud slide in Seattle, WA met me when I surfaced, reminding me that if life truly overtook me, it would be more than a lost cell phone and reduced seating options.

This morning, no dream thievery, but again, snooze alarm was well used. From the snoozing --  a smashed, waterlogged camera, and the promise of two parties, one work-related and the other, a sprawling neighborhood affair. This American Life's "Seven Things You're Not Supposed to Talk About" includes dreams among its forbidden number -- but if you agree, you have already abandoned this post, so. That's about it. Hopefully, this is the beginning of incremental changes which will slowly build momentum into a new life... 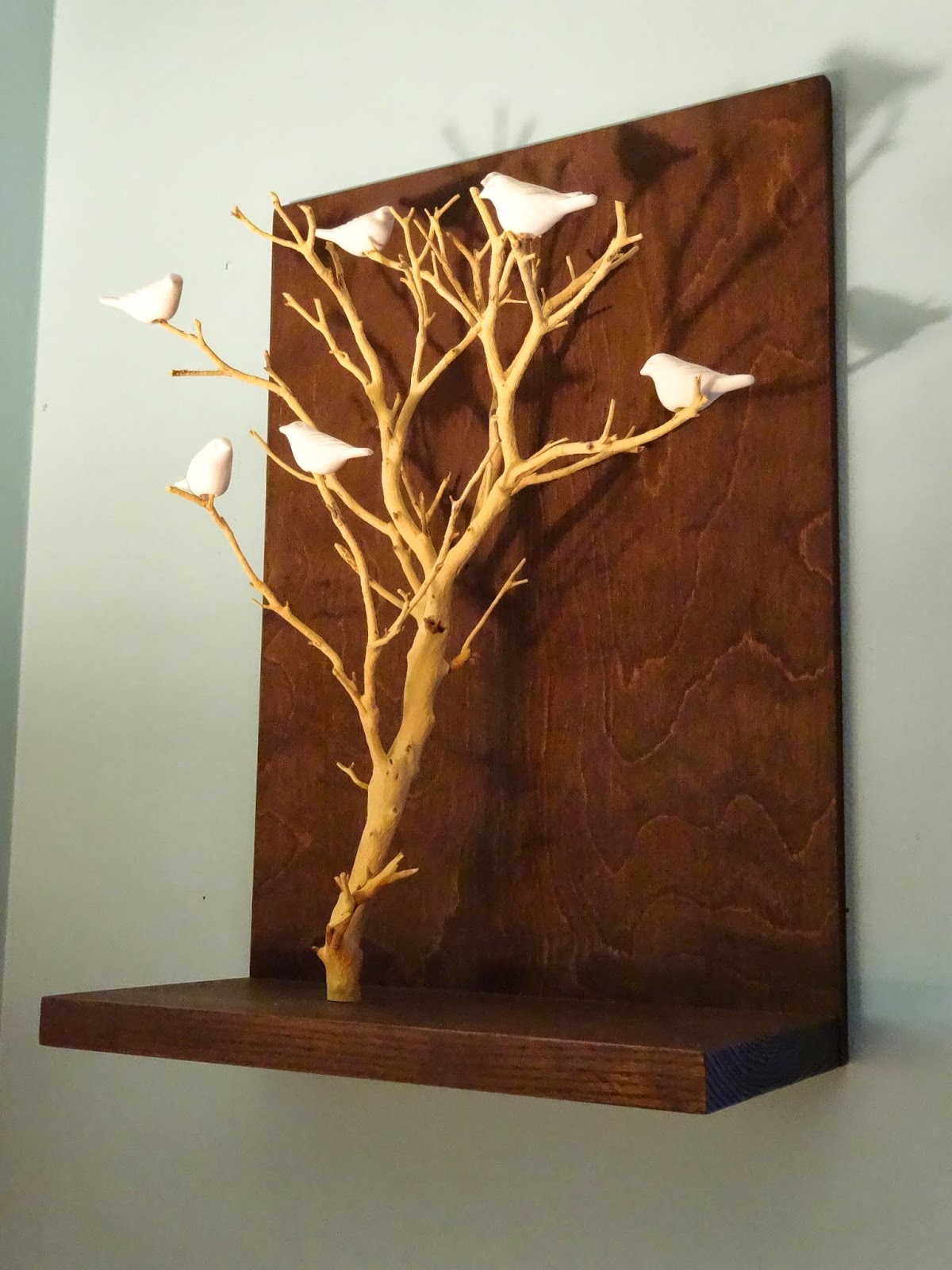 At left, my unintended splurge after I wandered into one of Ann Arbor's long time galleries, Selo | Shevel, which has been slowly closing over the past couple months.  Hard to not feel vulturey, under those circumstances, nosing around a moribund business; and yet, especially two-thirds of the way through an abominable winter season, it's nice to have that little bloom of potential, something that was out of reach and maybe has come a bit closer. I prefer the series name on one web site, "Ghost Wood Birds," though the ghost part was not echoed by the artist's site. I had walked past versions of these, in Selo | Shevel's always imaginative windows and loved them. This one was perched on a shelf high above the register; I peered at it from behind mostly empty shelves, from varying angles. Like so many of Valerie Mann's bird wall sculptures, the shadows cast were almost as important as the piece itself. 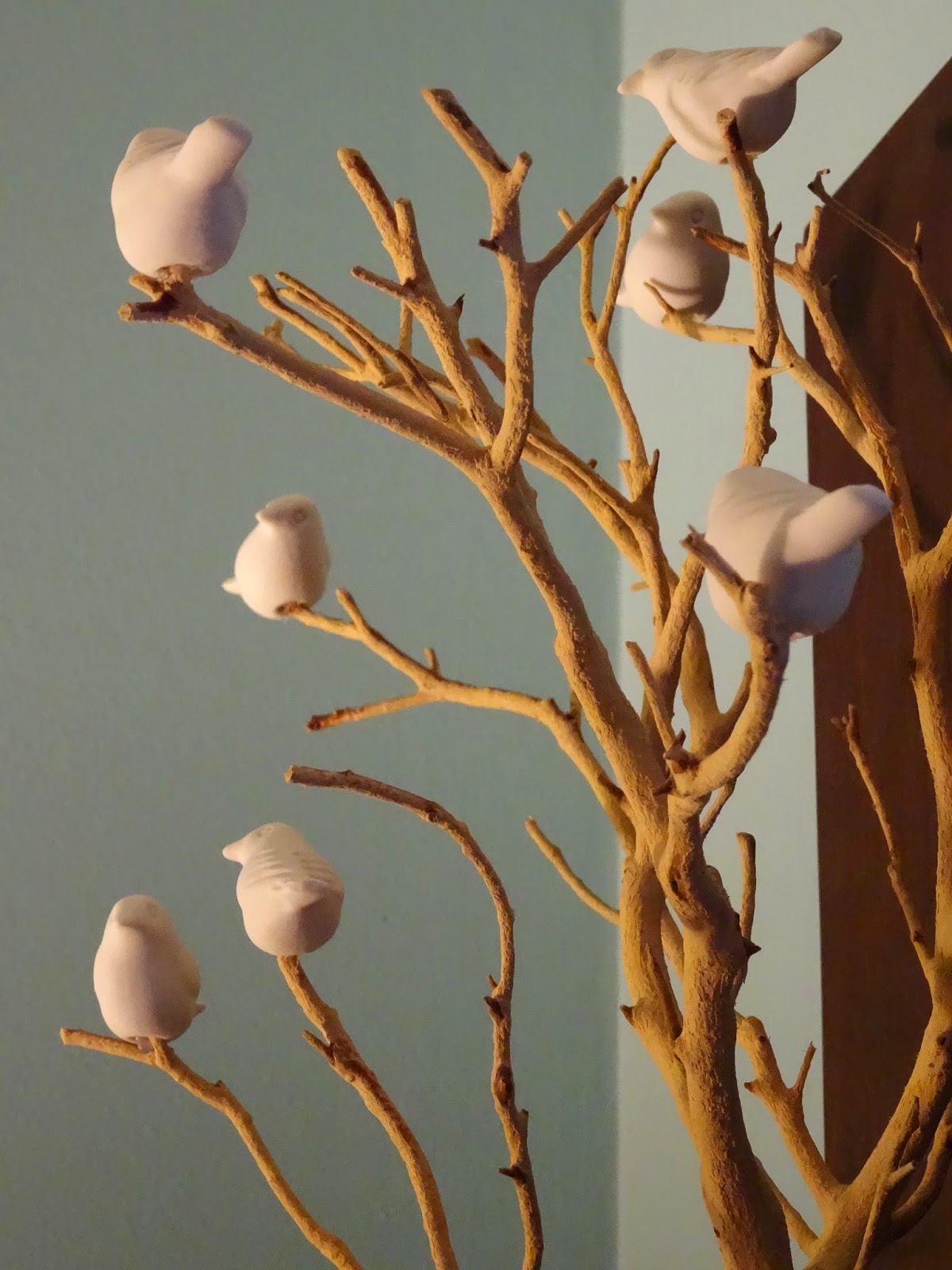 Nice to hear the birds outside, even though it still snows. Comforting and hopeful to have these birds inside, in their bleached bone silence. Birds: porcelain | Wood: manzanita

The Tables Have Ears

Last week had an underwater feel to it. Not drowning, but a bit floaty, discombobulated. Part of it, I'm sure, was due to a small outpatient procedure I had done midway through the week. "You're so *lucky,* they're not putting you under!" Lucky - yes, in that it certainly signals your needs are far from dire, and that bounty can not be overemphasized. During past periods of high-density diagnostics, I was simultaneously panicked/grateful for the the efficient, no-nonsense kindness of hospital people/ and wondering over the fellow patients who clearly had much more to contend with. But really, though I'm slightly less chicken than I used to be, I'm fine with a few dead hours of lost time, to wake up to a brightly delivered, "she's waking up -- You're ALL done! Everything went fine!" But no dice this time around. I was tagged and braceleted and put my clothes in clear, labeled bags; numerous people briskly introduced themselves, asked if the surgeon had talked to me, and then disappeared. A magical warming blanket ($250 line item? $600? not sure about its magic level) was tucked around the edges of the bed. After being asked so many times about the surgeon, I wondered what battery of questions awaited. After an hour or so, a spry, elderly man showed up: "Are *you* the one I'm looking for? I hear you have a *thing*," his gaze slid past my face to the more important body, "and oh you *DO*, we'll take care of that" and then he was off. After that I could respond, that yes, I had spoken with the surgeon.

Soon enough another person was glancing me and the wheeled bed off assorted walls, against unmanned wheel chairs and into the intimidating brightness of the surgery room. More people, more masks, clipboards and beeping. The needles bite more than the advertised "just a few little bee stings!" You angle your head in the direction of the seated woman who is tracking your vitals, though you can't see her in any case. Obviously, she is your lifeline, should nastiness surface; she has professional-grade soothing patter on tap.

Meanwhile, the surgeon and his team are waiting for the anesthetic to take hold; the one who is drumming a riff on your leg is also talking about a 72-hour barbeque pork recipe that is in process at home. "Sign me UP!" says an unseen woman, "So you like to cook, but your wife, doesn't, right? Luuuuucky wife!" It's true, his wife sees it as a hassle, but him? He finds it totally relaxing. And: he just got new toys. A blow torch ("ooOOooo, creme brulee??" the feminine voice coos. No, he clarifies, more for charring meat.) And liquid nitrogen, he'd love to try that out. No one in the room knows what he's talking about. I want to pipe up, "Riiiiiight, like Ferran Adria~~" but then I'd need to lift my head and they don't really want me to move. I also have a nagging sense that it's a mild breach. Their conversation floated above me; I listened to them from beneath layers of sterilized fabric and crinkly paper. It's odd, these scenarios where you're simultaneously a participant and yet somewhat invisible. Stick to the script and all will be well. But maybe this is more reflective of my playing into it? Maybe some sassier, fiercer people are all-personality, even in the surgical round, breaking in, tossing up sarcasm and dark humor: I am not just a patient! To think, though, that many people have that experience every day, through a job, or frequently, as a condition of a society's organization around class or gender or race, is pretty sobering.

{{{Compatriot-specific message! -- don't read the next paragraph. After that, fine. Everyone Else: as you were. }}

This also called up a vivid memory of having oral surgery as a teenager; the surgeon and his assistant were above me, to either side. Between the reflective light and the eyeglasses of those leaning in, I could watch what they were doing. The surgeon was cutting into the roof of my mouth and removing neat glistening rectangles of tissue. It was distressing and mesmerizing. Meanwhile, they were discussing yachts: different sizes, whose they had been on, at what level their owners maintained them. My eyes bounced between their faces, until it grew tiring or stirred panic. Blood, gums, yachts, Summer weekends.

The juxtaposition of mundane conversation with drastic-feeling circumstance was, instead, the so-called luckiness of being awake. It was at once mildly irritating and oddly reassuring: their expertise, their confidence levels were such, that they had to do *something* to help pass the time.
Posted by M at 11:09 PM No comments: