Disclaimer: from a few weeks old. But not expired! No freshness pack, no sell-by date!


Oh-so-thankfully, everything seems to be waking up. WEMU is playing old crackly songs with saucy lyrics (how big are the biscuits, how sweet the honey, whose jelly roll?), tiny birds are plashing about the pseudo swamp of my back yard, and Javier has been plotting out play rehearsals by pacing between bedroom, living room, kitchen; bedroom, living room, kitchen. I picked up my Cakeasaurus picture project again, after a long dormant period.

Have been carving one block, like so:
And more, importantly to carrying it forward, I have been playing around with the look of my  little boy character. During the entire length of this project, I have waffled about him. And he's important, so how can I start carving any woodblocks, when he's up in the air? He's too young looking, or too old; or his neck is too twiddly and snappable, his moon eyes too cutesy. So many issues, you have no idea!
But I think I'm getting a bit closer.
I still like the below version of him in bed, but so far he has not fit into the rest of the images

And now an updated sketch. Aside from a needed ear shift, I'm liking him. His hair is closer to that of Robert Smith's than most young children, but being a former Cure-head, I'm okay with that. (The skinny Staples cashier clerk: "Hey is that your drawing? He looks kind of Anime...") I was surprised to find that having his arms hanging down actually contributed better to a sense of shock then the prior pose of hands raised to partially shield his face. 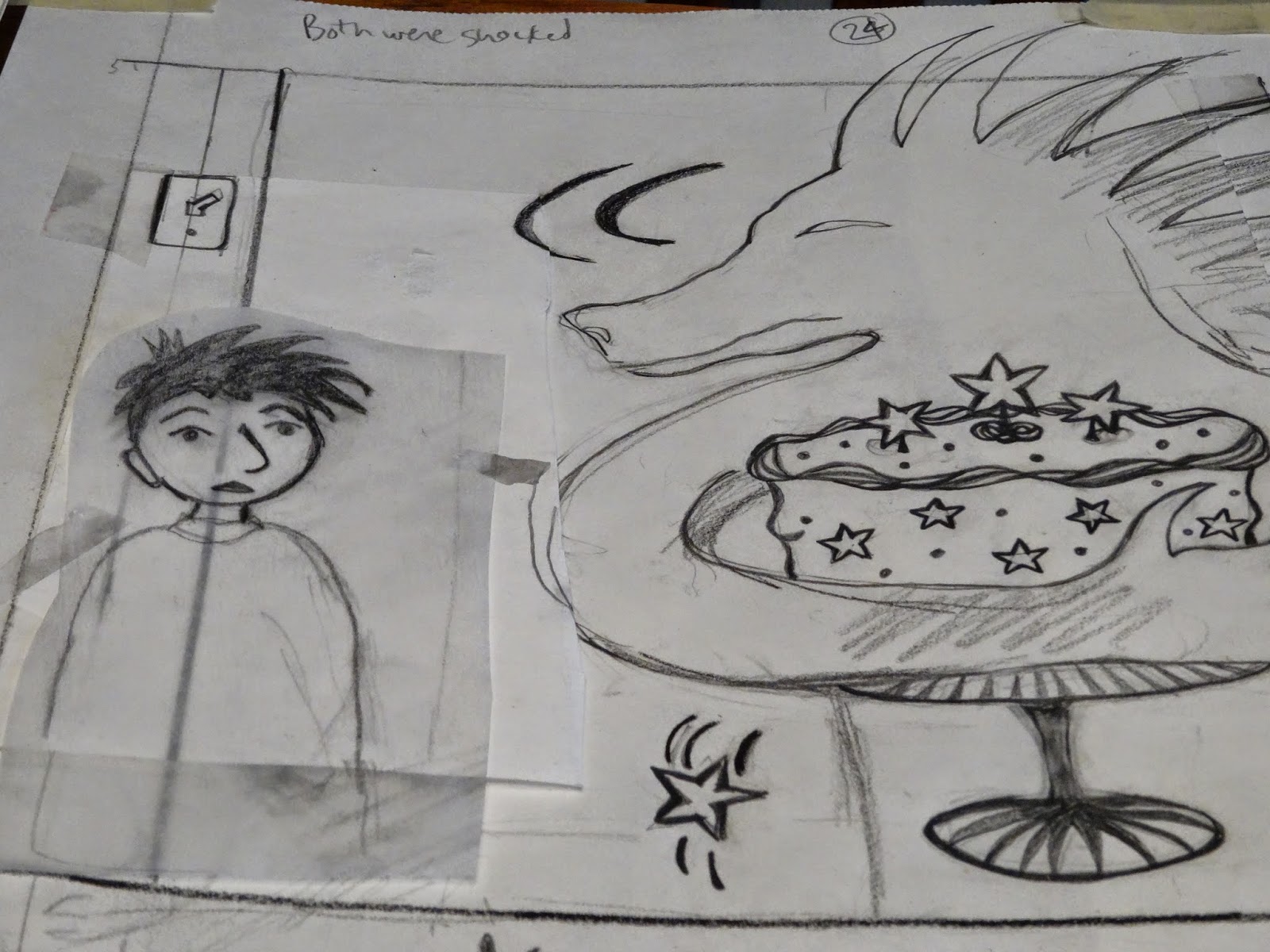 Well! And so it is: time stops at the moment of discovery, there is a hush; and then a rush forward, as everything catches up.The Sunday, certainly, is rushing forward. The 8th annual FestiFools parade is happening in less than an hour in downtown Ann Arbor ~~

~~ And then Compatriot arrived, we went off to find a parade spot, and life rushed forward, as often happens... Off to work.
Posted by M at 8:30 AM 2 comments: