Tom Petty has been following me all day. I have never had a use for him, though growing up it seemed most of the local stations did (to a lesser extent than Led Zep or Bon Jovi, go TRI-STATE AREA!). I get that he has a sizable catalog, but really, why do people care anymore? It probably serves me right, I suppose, as at home, I'm lazy enough to set the radio dial to a halfway acceptable station to me in the morning, instead of descending to the basement to dig up CDs, or listen to Spotify, because I'm cheap and have held off from subscribing; and then here I am choosing to do my tasks in the least efficient manner possible.

I am, ostensibly, listing my new cards on Etsy, but this bar has dodgy internet connection, at best; and the downloading has been lamentable. The nail in the task coffin is that Photoshop has crashed on me three times. And in the meantime, the music has shifted from the lovely Temper Trap and Black Keys to an extended live version of Tom Petty's "Breakdown," which briefly morphs into "Hit the road jack, don't come back no more, no more, no more." Eh. I left the house because A.) I could, what with a sweet teenage babysitter who is great with the baby, even as she goes "Oooph!" most times she lifts our densely-packed girl and B.) my short streak of high productivity seemed to smack into a wall today, so C.) why not expose my sheltered self to some local color?

And local color I'm getting, as I set myself up at a table at the tail-end of a bartender story about having to deal with a female paranoid schizophrenic who had to be removed from the premises by police, after various threats. I didn't get any of the interesting details, only Bro's reaction from the audience table: "All women are batshit crazy, I go from that average and go down." Hahaha, crazy females! He is smugly provocative. Late twenties/early thirties, but still playing boyishly defiant, in super baggy, long shorts and baseball cap; his delicate eyes protected by iridescent, wraparound shades. He faces his table of (mostly older) five men, two women. One of the latter: "So where would I rate on the scale?" I don't listen closely enough for his assessment; clearly neither participant is worried about the answer. A gay male friend of mine years ago said, in defense of an especially egregious friend -- slavering over women + stupid gay jokes -- "I mean, everyone's gotta have the loveable asshole friend, right?" But do they really? Do we? My judgment is very comfortable, lacking knowledge of the entire table. But. He says, at one point, to the other guys at the table, "I take your silence as agreement"; he points his beer bottle at the remainder of the table: "They agree with me." Call me crazy, but it's dismaying to walk into a Feminism 101 lesson, simply by dropping by the nearest microbrew. 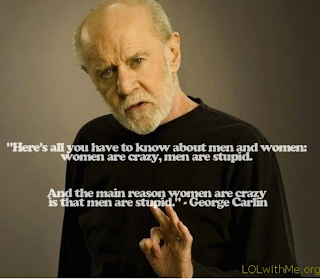 At a certain point, between my slow-but-hopeful downloads and the Photoshop failures,  Bro loudly amends his position: “70% OF ALL WOMEN: BATSHIT CRAZY.” Was he still entertaining to his table, or were they simply waiting him out? Does any part of him get that women experience passing dismissals regularly, in public, whether professionally or not? At all? The idea that half of a population could still be treated as a minority, as an oddity, is astonishing, even given the current popularity of such a blatant misogynist as Trump.


***
Back home, Oyo's snug in her crib, and I'm lured into flipping between The Shining and The Usual Suspects. My grimness scale may soon be exceeded; and I'll take myself down for some basement printing. The goat I tested yesterday is on for tonight:

*******
Thursday post script: didn't make it past the couch last night, but the super energized one napped well today, so I have 50 goats drying in the basement from this afternoon. Woohoo! Onward and upward. I have trouble believing I made 5 new card designs in under three weeks -- and this plus two larger card designs, which I may or may not pull. I usually sit on things for...quite awhile. Flurries of productivity!

Of course, I am in the final stages of the Cakeasaurus picture book...I can barely remember when I wasn't talking about this...so maybe I needed to create something unrelated to remind myself I could? Hmmmm. In any case, have some shots from the recent flurry: